The “language tourism“ in the Community of Valencia 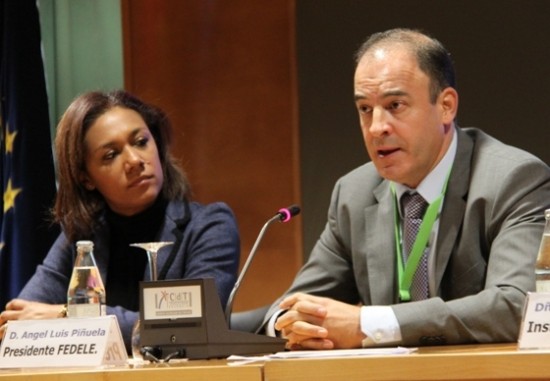 There are about 500 million people in this world who speak Spanish and this number increases continuously. One reason is the interest in learning the language, more and more students choose a Spanish-speaking country for their “language vacation” or to study Spanish.

Every year more language tourist come to our country and our Comunitat Valenciana. The growing interest in learning Spanish is also reflected in the fact that the Spanish Federation of Associations of Schools of Spanish as a Foreign Language (FEDELE), the Institute Cervantes and Turespaña organized the II Encuentro Internacional de Centros de Enseñanza de Español. The conference was placed in 2011 in the Centre of Tourism of Valencia.

Some of the 30 schools and universities, located in- and outside of Spain, participated in the conference to learn about ways of learning and teaching Spanish language in Spain, focused on the Region of Valencia.

According to the words of the Councilor of Tourism, Dolores Johnson, during the conference, the number of students who come to our region to study Spanish, has grown about five percent. “In 2010 about 20.000 students came to Valencia to study Spanish or to improve their already existing language skills” she said. She pointed out that this trend is going to increase further and further more and that “language tourists” form an important point in relation to the tourism opportunities, especially in this region.

She explained that the large growth and the status of our region needs to be seen as a sign that it is one of the most popular places for language tourists in Spain, not only for the opportunity to learn Spanish, but mostly because of the Mediterranean climate, the touristic and cultural offers.

„A stay in our Comunitat Valenciana is going to please all the students needs”, says Dolores Johnson. They do not only come with the goal to learn Spanish, but also to enjoy their trip and to gain experiences in an other country outside of theoretical classes. All this and much more let the Comunitat Valenciana be the prefect place to achieve a great language level and to spend the best time of your live.