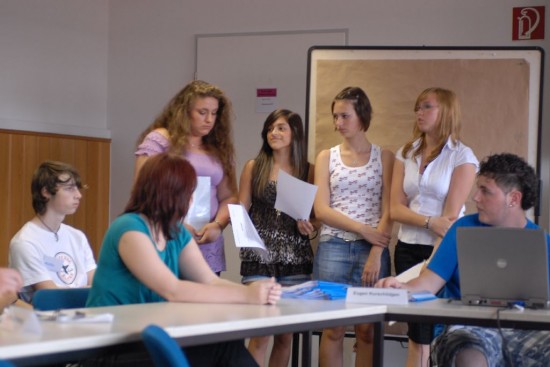 Poznan, Poland, has been the venue of the Spanish Olympics for the fourth time. This year, in addition, a new record has been broken by the number of participants: more than 1500 pupils from 192 different schools.

From November, the Ministry of Education in Poland, through the Polish Neophilological Association, has organised and subsidised this Olympic programme, whose goal is the promotion of talent. In this all Polish pupils from secondary school are allowed to take part.

The Olympics consist of an exam which is not only a written test, as it usually tends to be, but also the knowledge of these pupils about different fields of interest, e.g. culture, history and literature from Spanish speaking countries is put to the test. This year the winner of the contest, Alexander Z from Katowicach, is a pupil from a bilingual school and achieved the highest mark on the exam, being ahead of Zofía H, and Anna H., in the second and third position, respectively.

Furthermore, the association of these schools offers a course to teach Spanish as a Foreign Language, which provides enough knowledge on the most effective methods for teaching and the acquisition of a second language.