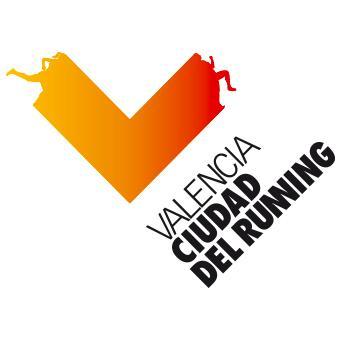 Since some years ago the running fever has pervaded the city of Valencia, which is decided to become city of international reference in this sport. Hereby we tell you the races you can participate in and the options to get prepared as a part of a team.

The sport tourism is one of the current commitments of the city to get even more presence on the map; its plane orography and its temperate climate all along the year, together with its perfect size that makes it relaxed and easy to live in, has been determining factors. The hobby of running is not new, but it has strongly increased in the last years; you only need to have a look over the Turia’s Gardens in the evenings. Running is an affordable and achievable activity, and also a way to both take care of oneself and have fun at the same time.

Despite of being a solitary sport, running uses to be practiced in couples or in teams and it is an alternative way of socializing. All around the Region of Valencia there is a huge source of amateur teams which anyone can join without any more requirements than the willingness to practice running. One of the most popular teams in Valencia is Redolat Team, with its identifying yellow, which does not ask the interested runners for any specific requirement. The Spanish language school Costa de Valencia is one of the schools of FEDELE Comunidad Valenciana (the Spanish Federation of Schools of Spanish as a Foreign Language in the Region of Valencia) and encourages its students to get involved in the city in many different ways, so why not to start running in a team? It is not necessary to be a world champion to start running; there are lots of achievable options before the Marathon; 42 km and 195 meters of huge effort that will be run next Sunday, 15th of November, and which attract thousands of professional and amateur athletes. For this edition, more than 15.000 people have already been registered, and the smaller race which accompanies it, the 10k, has already been run out of places. It is important to remark that Valencia’s marathon is one of the most international races in Europe with 27% of foreigners, and the number of women stands out due to its increase.

Traditionally, a month before the marathon the Half-marathon takes place; it is a 21 km race not easy to run without a specific training. To join an amateur team is useful to get motivated to train as they conduct public classes and share tricks and explanations. The Sport Society Correcaminos and the Town Sport Foundation gather information about it all.

Popular races are numerous and more approachable as they are spread out through quarters and towns during the year, since the season starts in the beginning of October. They use to be short, between 5 and 7 km, 10 as maximum. At the end of the year the traditional San Silvestre is celebrated, and people use to dress up to celebrate Christmas.

Another attractive point is the 5k runner circuit which has recently been inaugurated in the Turia’s gardens, and which places Valencia as one of the referents for runners, since it is the biggest approved urban space with these features in Europe. The km 0 is located besides the Gulliver Park, and a specific pad has been built up to step on more softly and to damage the joints as less as possible whilst running. In addition, lights, green spaces and water sources have been set up all along the itinerary. Such a motivation to start up!