Benicarló, the King of artichoke 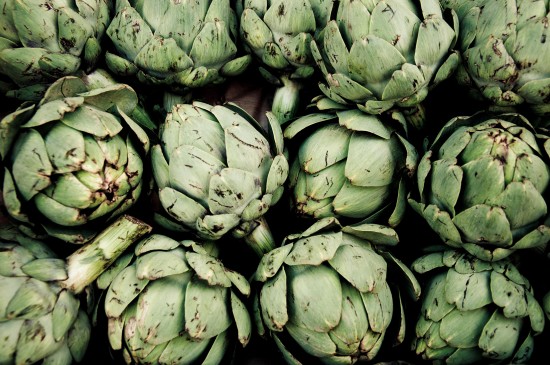 This time of the year is the high season for one of the most valued vegetables: the artichoke. And the best place to grow artichoke in Valencia is Benicarló. From January to March there are celebrations in its honour. Let´s take a closer look at these celebrations.

The 23th edition of the Artichoke Festival is celebrated from 15th of January until the 6th of March in Benicarló, a coastal village, north of Castellón, part of the Bajo Maestrazgo region. The town is situated between two famous sites in the region, Peñiscola and Vinarós, where enjoying good food is a tradition. We always say that the activities of the FEDELE (the Spanish Federation of Spanish Schools as a Foreign Language) of the Region of Valencia go beyond the visits to monuments! At Taronja, for instance, the celebrations are famous for their gastronomy. Chief Fernando reveals all the secrets of the Mediterrean Kitchen to the students. Besides rice, vegetables are the main ingredients. A good reason to travel to the sites, where the best artichokes are grown.

During the festival the people celebrate the various events around the vegetable, that is grown on vertile grounds and has an appelation of origin: the conferences of the ‘pinxo’ of the artichoke, with a popular toast that unites the locals and foreigners on the ‘Plaza de Sant Joan’ and gastronomic demonstrations on the ‘Plaza de la Constitución’ besides the special menus in up to 15 different local restaurants. An opportunity to give us a tribute weekend, together with the rice and fish from its coast.

Besides getting to know its gastronomy, it´s worth to have a relaxed walking tour through Benicarló, which beaches are a magnet in summer. Inhabited since the iberian times, Benicarló gains importance as an arab farmhouse and received its town title in the 16th century and its city title in the early 20th century. From the first settlements one can visit the outskirts in the north: Poblado Ibérico del Puig de la Nao and Tossa; the first is one of the most important archeological sites of the Region of Valencia. Among its architectural heritage, the Iglesia de San Bartolomé from the 18th century in Barocstyle, the Convento de San Francisco from the 16th century in a sober and austere style and the Capilla de Cristo del Mar on the harbourside can be highlighted. In the town we can take a stop in the Calle San Joaquín which maintain edits structure of the 13th century and the Casa Bosch, a valuable exemple of modernist architecture.

Although far north in the Castellón region, they celebrate Fallas with great enthusiasm in the first weeks of March, in fact, since a few years it was declared as a Celebration of regional interest. Here, people celebrate Fallas opening the ‘casales’, different from what happens in Valencia. That´s the way we want people to think about us, like an open country full of options!