Why learn Spanish? The top 12 most curious answers! 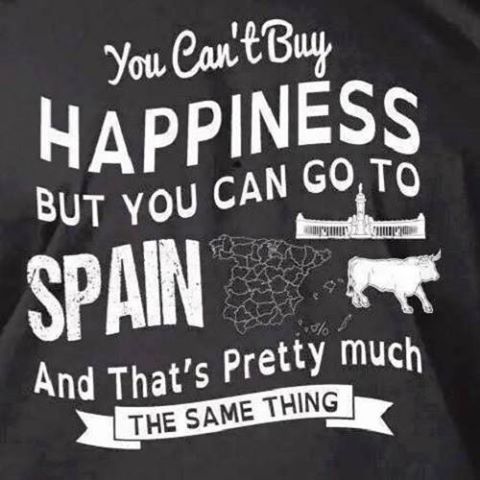 The fact that Spanish is the second language most spoken as a mother tongue is a crucial reason that drives millions of students to undertake the wonderful journey of learning Spanish. This motive is essential, but in TLCdénia we know that the reasons to learn Spanish are much more diverse.

We have found, throughout our years of experience, that there is an enormous bond with the language and this is the reason why, every year, students from around the world pack their bags for a stay in Spain combining holidays and an Intensive Spanish course in Spain.

“Why learn Spanish?” Is one of the most frequently asked questions during the first day of class in TLCdénia. The responses of our students always give us a smile:

It is the destination that moves students to study the language; a good experience in Spain or Latin America feeds the desire to return and learn Spanish. Our city also invokes passion and never leaves anyone indifferent.

2. “The Spanish and Hispanic people are very friendly”

Some of our students explain that in Spain and Latin America the friendliness of the people is what encouraged them to learn their language. We continually hear statements like: “People greet you with a smile and it’s a shame not to communicate with them in Spanish.”

3. “Spanish food is my favorite”

It is well known that Spanish cuisine is a triumph well beyond its borders and many of our students are not only big fans of the Spanish culture and language, but also its cuisine.

This interest is based not only on the pleasure of tasting the dishes of the country, but of learning more about the Spanish food culture. Our diet is world renowned for being so healthy, which is recognized as PATRIMONIO CULTURAL DE LA HUMANIDAD. Furthermore, Denia was named Creative City of Gastronomy by UNESCO and it is therefore not surprising that foreignerss seize the opportunity to improve their Spanish while learning our culinary arts, thanks to our program “Spanish and Mediterranean cuisine.”

4. “I want to travel throughout South America”

One of the most common dreams of travelers is to visit the beautiful countries of South America. Many Europeans pass through Spain to learn Spanish before embarking on the adventure of touring the South American continent.

Students surprisingly, some quite young, speak of their retirement plans; buying a home in Spain and enjoying their golden years here. And so it is that Denia, a town with ninety census citizens and nationalities, has become a reality for thousands of retired foreigners.

6. “I come every year on vacation”

Dénia is a destination with great tourist attraction. Its geographical location on the Mediterranean and surrounded by a natural parks, its 20 km of coastline and its high temperatures, attract millions of tourists every year. Many of them return every year to learn the language needed if they want to communicate with local during their vacation. (You can learn more about Denia in this post: 7 reasons to study languages ​​in Dénia)

7. “I want to understand the writings of García Márquez …”

… Or Miguel de Cervantes, Neruda, Becquer, Isabel Allende’s novels, or better understand the world of Dali and Picasso and Gaudi architecture. These artists also drive foreigners to learn Spanish. Literature professors, artists, architects and simple lovers of Spanish or Hispanic art, are tempted to delve deeper into its cultural references getting to know their language.

8. “I want to understand music in Spanish”

There are many musical styles with the Spanish seal that fascinate non-English speaking people: from the Spanish pop music known worldwide through to the salsa, flamenco and copyrights to the songs. Some students say it was the music that encouraged them to learn the language.

It is difficult to know how they perceive our language when they hear non-native people: do they perceive it as a language ?, leisurely pace ?, poetic melodic ?, …?

For many foreigners the Spanish “sounds good” and therefore seems like an attractive language.

In addition, written Spanish is almost completely phonetic, pronounced as written and this greatly facilitates the work of pronunciation.

Although it may sound strange this is a real statement and is due to the interest in culture and the Spanish and Hispanic society. They say that we attach great importance to our social life, so we need to be constantly surrounded by family and friends. This social and openness tends to please foreigners. Some of them are fascinated by street life, the Spanish leisure and nightlife and this encourages them to go to the classroom.

Not all Spanish sports fans study language, but the success of Spain in sport makes many feel more attracted to the country, if possible. Some students, for example, recognize that their fondness for Spanish football or tennis is such that they travel every year to watch a game in the field and that has led them to learn the language.

Spanish is a language in continuous expansion. With about 470 million speakers, it is the third most spoken language in the world with a major presence in America, where more than 85% of Spanish speakers reside. Moreover, the US is the fifth country in the world in number of Spanish speakers behind Mexico, Colombia, Spain and Argentina, and has about 41 million Spanish-speaking people, almost 13% of its population.

Therefore, learning Spanish becomes a necessity to expand business and grow professionally. Furthermore, Spanish has become a growing economic value. Currently it generates 16% of the economic value of Gross Domestic Product (GDP). Learn more about this in our post: How much is Spanish?

And you, why do you learn Spanish?

Whatever your reason for learning Spanish, I am sure that this precious language will change your life forever.