Discover the island of Tabarca! 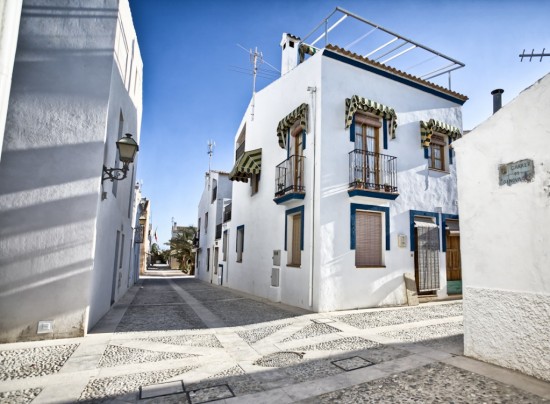 Today we are going to take the boat to see Tabarca, the largest island in Region of Valencia and very close to the city of Alicante. Originally it was a refuge for pirates and currently it boats a monumental and natural heritage first of its kind in Spain.

The coast of Alicante is very diverse and it’s just a short hop from the port or from nearby Santa Pola to Tabarca. The largest island of the entire region and the only inhabited one, but with less than 100 persons during the year. At the Spanish school in Colegio Internacional de Alicante we like to get involved in the wide education of our students who come from all points of the globe and to convey the mediterranean essence that is especially felt in this city. As one of our weekend activities, our excursion to the island of Tabarca has a special niche; the pure sea air, a rich history and a unique marine ecosystem. Here are some facts.

Although founded by the Romans the first settlements in Tabarca date back to the fourteenth century when it was used to protect the island from the increasingly regular occupation by Barbary pirates who arrived from Algier and wanted to use it as a base against Alicante. Throughout the centuries it has had many names: Planesia, San Pablo, New Tabarca island and finally, named Tabarca by King Carlos III following the arrival in 1770 of the Genoese refugees from the island of Tabarka in the Tunisian seas. Until the mid-nineteenth century the island was an important naval strategic base. With a surface area that is less than 1 km2 and only 2 km long, it’s less than 5 km from Santa Pola and just over 20 km to the city of Alicante, Tabarca sometimes called New Tabarca or Isla Plana reaches 15 meters above sea level! Its resident population is now around the 59 but this increases greatly during the summer with the arrival of tourists coming to spend the day and tour the island. A trail around the entire island gives visitors the opportunity to enjoy the landscape, rich fauna and flora, as well as the activities of the numerous seabirds. It is a hot spot for scuba divers because since 1986 the island has been declared a Marine Reserve.

For such a small place Tabarca also has several monuments and attractions and, indeed, it is considered an artistic and historic attraction. The eighteenth century wall maintains its charm, with doors called Levante, the Trancada or San Miguel, and other places whose ruins have fallen into the sea; the Church of St. Peter and St. Paul, eighteenth century and of the Baroque style, or the Lighthouse, 1854, these attractions have been made into interesting poscards. The Museum of New Tabarca is a must see. It’s located in the almadrava (and old fishing warehouse ). The museum visit takes you through the different historical periods of the island, its people and its natural heritage.

As you can from the above the trip to Tabarca with its beaches, crystal clear waters and history is a great way to escape the hustle of the city and yet it’s only an hour away by boat. In the port you can enjoy the local, traditional cuisine in a tranquil setting.

Would you like to come on this trip with us here at the Colegio Internacional Alicante?