A walk through Onda 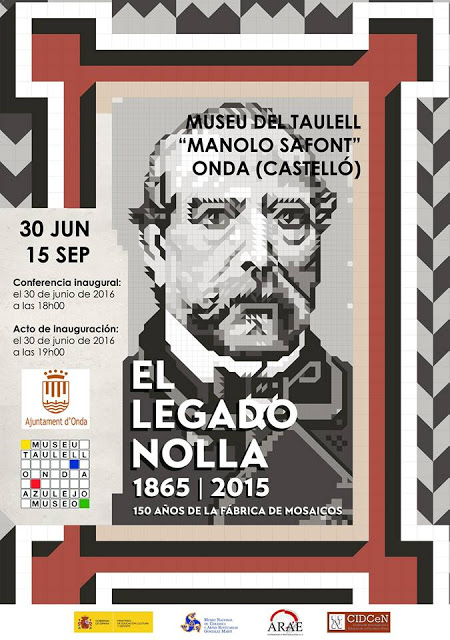 The exhibition on the legacy Nolla and a rich heritage and monuments is our excuse to visit Onda, a town close to Castellon, offers other attractions beyond the beach.

The classrooms in Audio Gil Spanish Institute are full these months, the option of discovering the coast of Castellon while studying the language and getting to know about the culture is particularly beneficial during the summer season. We offer intensive courses for groups of adults and Summer Camp for children and teenagers. Learning Spanish goes well with sports and cultural activities throughout the province. This time we offer a tour through Onda, a place near the capital of Castellón which offers us more things beyond the seaside. Just 20 km from the coast and one of the access points to the Natural Park of Serra d’Espadá, throughout its history-from its Iberian origin – the location of Onda has been strategic and, thus, attests its Castle, an impressive tenth century representation of the Arab period, leading to the top of the old town. At the time it was known as the castle of the 300 towers for its size, but now is being restored and has the Museum of the City. The rests of the wall that protected the castle are fundamental points of our visit: the Portal of San Pedro or the north gate, the portal Safona or Sant Roc, and Portal de Valencia or the south gate. An emblematic corner here is so-called Escaletes dels Gats (stairs of cats, in Valencian), which provides the access from the Synagogue to the top of the Castle.

The medieval town runs from the center of the Plaza del Almudín. Among the monuments to the Church of la Asunción, Baroque style temple built in the seventeenth century on the remains of the ancient Arab mosque built in the fourteenth century, which was caught in fire, could be emphasized. Inside there is a great treasure of Valencian art, the altarpiece of San Antonio and Santa Barbara, dated back to 1558 and work of Juan de Juanes.

Among other numerous churches and chapels such as la Sangre or San Vicente Ferrer, we’ll get lost aimlessly in the Barrio de la Morería, wandering through the winding streets full of charm that take us back to the past.

We will also have an opportunity to visit Manolo Safont´s Tile Museum, an interesting exhibition “Nolla legacy 1865-2015. 150 years of the tile factory“ open until September 15, although its permanent content of more than 20,000 objects completes the vision of Onda, one of the largest centers of the ceramic industry in Spain, something that is reminded with every step you take. Especially, we will focus or attention on the streets of San Juan, Ceramista Peiro, San Isidro and Santa Isabel, with ceramic chapels of the eighteenth to twentieth centuries and the houses with medieval style doors and the beneath part of the balconiet decorated with ceramics.
A trip full of art, isn´t it?