The track of Jaume I 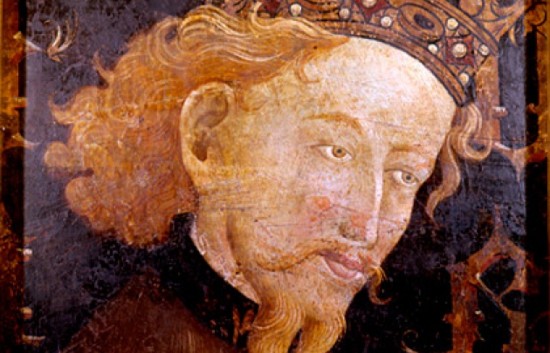 There are many ways to get to know the Region of Valencia and this time we suggest retracing the journey of King Jaume I who managed to reconquer the territory from the Muslim invasion of the Middle Ages.

Top School in Elche has a privileged location in the city, a stone’s throw from the Palm Grove (the largest in Europe) and across the road from the city’s Miguel Hernandez University (UMH). Elche itself has a strategic position in the province of Alicante being very close to the beach, yet not being renowned as a package holiday paradise, and its connections with the industrially powerful inland towns such as Villena and Alcoy, the importance of the city can be seen through its size and facilities. At Top School we have course adapted to all types of students, including one for Erasmus students arriving to study at UMH. There are intensive and super intensive courses available including 20 or 30 lessons respectively, which can be complemented with private lessons and preparatory classes for the DELE. Tell us what you need and we will create the perfect plan for you. Along with the lessons, we have activities to help you learn more about Elche, Alicante and beyond. With the arrival of autumn, you may fancy going on a cultural rural trip after a summer holiday of relaxing on the beach. A different way to discover the variety and richness of the Region of Valencia is to go on some of the touring routes that explain the places of historical interest, along the Mediterranean coast. There are 29 itinerary choices and up to 123 villages to explore that were once walked by King Jaume 1st.

He was the King of the Crown of Aragon – and then of the Kingdom of Valencia, among others – who, on the 9th of October 1238, entered the city of Valencia in the process of reconquering from the Muslims, which had begun some years before in Morella, north of Castellón. It is on this date that the official holiday of the autonomous community is celebrated. At that time a new territorial model was established and, gathering together the campaigns of the conquistadors, we have created this particular travel guide, stopping at all the emblematic sites in the region and with the explanation of our heritage and its historical trails.

There are many routes, divided in the three provinces, and today we have chosen the one that departs from Elche and goes through Guardamar de Segura and Orihuela, enriched by two rivers (the Vinalopó and the Segura). The three towns form a nearly perfect triangle on the edge of the Region of Murcia, and on the route it is possible to follow in the footsteps of the poet Miguel Hernandez, to get lost among the Elche palm trees and to admire the Rabita Califal, a spectacular religious complex built around an ancient mosque from 944, which reminds us how it was before the arrival of King Jaume I. Another interesting route we suggest is to Villena, with stops at Sax, Castalla, Campo de Mirra, Biar and Banyeres de Mariola, all along the valley of the Vinalopó river and one of the most important industrial areas in the region of Valencia. In these towns you can find remains from the fights against the Muslim invaders such as impressive Medieval hillside castles on surrounded by the characteristically arid landscape of inland Alicante. An original way to travel don’t you think!?!