Would you learn Spanish if you were not Spanish ?! 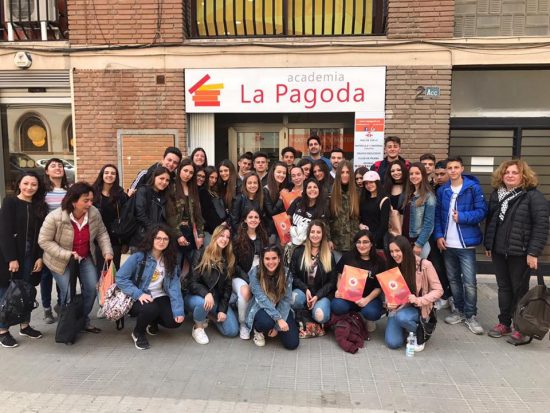 I have always conceived a language as the point of direct access to a civilization, to its history, to its literature. As a vehicle of transmission of the knowledge of people. A language is the identity of the people. Translations are not enough to understand correctly a whole lifestyle, a social behavior, a language of a group. For this reason, every time I consider learning a new language, I consider these factors. I choose a language that allows me to approach a story that interests me, a literature that I would like to read, a people and mores that I admire. It is thus, thereby, how I balance one after another the advantages and disadvantages involved in learning a language.

In the case of Spanish I can not speak of a conscious acquisition, since it is one of my two mother tongues. But already in adulthood, the decision to study it in depth and to teach it later, has allowed me to appreciate the enormous linguistic and cultural richness of this language. Spanish is a language of contact, of history and of coexistence. It brings together endless loans from cultures who, at some point in their history, have used it and have wanted it as their own language; for example, among others, is acknowledged the heritage of the Arabic in the Spanish language, Therefore, the answer would be: yes. I am sure that, if I were not Spanish or Spanish-speaking persone, Spanish would be one of the languages ​​I would have studied without a doubt. Not only because nowadays it is consider the language  of the future, of emerging countries, the second most spoken language, the third language on the Internet, the first foreign language in the US, … but because I do not imagine my life without the Ingenious Nobleman Sir Quixote of La Mancha, without Lope de Vega, without the poetry of Góngora, without an indescribable Federico García Lorca, without the sensitivity of Antonio Machado, without the brushes of Velázquez, of Dalí, of Picasso, and a huge list of names that they spoke, they wrote and they thought in Spanish! The effort to learn a language like Spanish is rewarded with the breadth of possibilities that, after learning it, offers you. Has anyone noticed the amount of resources in Spanish that can be accessed on the internet? There are no limits. So, do not think twice about it.